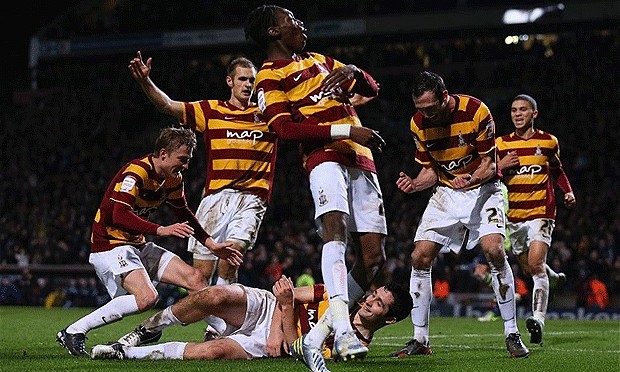 The 2010s, for Bradford City at least, are now at a close. Saturday’s victory against Mansfield Town was the final game for the Bantams in the decade, with the 2020s beginning against Morecambe on New Year’s Day. With that in mind, here’s a breakdown of City statistically throughout the decade that has drawn to a conclusion.

City played 469 league games (including play-offs) during the 2010s, starting with the 1-1 draw against Cheltenham Town on January 2nd, 2010: and finishing with that aforementioned game against Mansfield.

City’s biggest win throughout the 2010s in league football came right back at the start of the decade: on October 30th, 2010. City beat Oxford United 5-0 courtesy of goals from Lee Hendrie, Louis Moult, Dave Syers and a brace from Omar Daley. There have been numerous victories by four goals – both 4-0 and 5-1 – but only one such instance of a five-goal win.

City’s biggest defeat of the decade was bigger than five goals, though – when Bristol City came to Valley Parade in April 2015 and won 6-0. There have also been instances of City losing games by five goals in the decade too; including against Blackpool in April 2018.

Perhaps unsurprisingly, striker James Hanson holds the record for most appearances made by a City player in league football throughout the 2010s. Hanson played 286 times for City in total, but just 20 of those came in the latter part of 2009, giving him a total of 266 in the 2010s. Stephen Darby is the next highest; the legendary right-back played 200 times in league football for City during the decade.

Hanson also holds the records for most goals in the decade, too. He scored 91 times in all competitions for the Bantams; 83 of them came from January 1st, 2010 onwards. His other eight were in the first half of the 2009-10 season. Hanson’s former strike partner Nahki Wells is next-highest; he scored 53 Bradford City goals during the decade.

City’s worst return points-wise throughout the decade came as recently as last season, when a total of 41 points meant the Bantams finished bottom of League One and were relegated to League Two. Excluding the two Premier League seasons, that was the joint-lowest return since 1989-90.

Our best points tally came in 2015-16, when Phil Parkinson’s side finished 5th in League One with a total of 80 points.